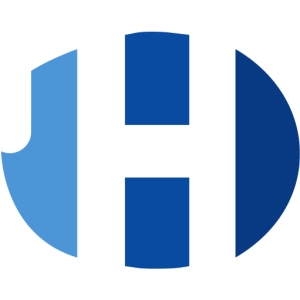 What is PCB ink?

PCB inks are inks that are used on printed circuit boards (also known as PCBs), and they have essential physical features like viscosity, thixotropy, and finesse. Frequently widely utilized for printing, marking, and other uses.
There are three main categories of PCB ink,which are:PCB etching ink, Solder mask Ink and PCB silkscreen ink.These are all very common in PCB production.There are also inks like conductive carbon oil and conductive silver oil (they are also known as conductive carbon ink and conductive silver paste). In general, conductive ink for PCB are not as common as other PCB inks.And there’s things like PCB marking ink which we’re not gonna going deep into today. What are the common types of PCB inks?

Today, we will be talk about three kinds of PCB inks,and they are all pretty common in our daily life,which are:

Let’s take a look at the first one: PCB circuit etching ink. There is a layer of copper foil on top of the substrate of the PCB, which is a copper clad laminate. It must be screen-printed, and photosensitive etching ink is required during the process. And then is the exposure and development, so that we can let the unexposed spots etch away. Then the final step is fade. This line etching ink is mostly used for protection. The sodium hydroxide aqueous solution will be used to remove the ink after the line has been etched. Due to the fact that most circuit board etching inks are blue, they are also known as photosensitive blue oil or circuit blue oil. This type of ink is also used in some hardware stainless steel etching. And it is referred to as photosensitive glue by some people. As for the photosensitive glue which used for the plate, there appears to be a significant difference. View more detailed PCB etching information. PCB silkscreen ink or Silk Screen Printing Ink is basically a layer of ink traces that is used to identify things like parts of the PCB, warning symbols, logos and marks, test points, components and so on. The silkscreen is single-sided, it is usually placed to the component side, nevertheless, you can see it on the solder side quite often too. However, this might makes it cost more than others. In general, a thorough and complete PCB silkscreen can assist the engineer and the PCB manufacturers in finding and recognizing all the components. Standard fonts are also used by PCB software in multi layers of silkscreen, however you have the option to select another font from the system. A polyester screen stretched over aluminum frames, a laser photo plotter, spray developer, and curing ovens are needed for standard silk screening. This peculiar epoxy-based ink is non-conductive and quite distinct from traditional printing ink. Up to now, The most preferred ink color for screen printing process is white. Other common options for ink are yellow and black. View more detailed PCB silkscreen information. How to judge the performance of PCB ink?

Viscosity and thixotropy:
Screen printing is one of the vital procedures required for the production of printed circuit boards. Ink needs to have high adherence and the right thixotropy in order to replicate an image with accuracy.
As you might wonder, what is this thing called ‘viscosity’?To break it down, when a liquid layer slides over another layer under the influence of an external force, the inner layer of the liquid generates friction force, which we call that internal friction, and this multi layer process also called ‘viscosity’.
The inner layer of thick liquid receives more mechanical resistance while sliding while the resistance of the thinner liquid is less. Poise is the unit when you measure the viscosity. It is important to recognize that viscosity is significantly influenced by temperature.
Thixotropy is actually one of the physical appearances of liquid, it refers to the fact that the liquid loses viscosity when stirred and soon recovers it when left still. Thixotropy’s long-lasting effects during stirring are adequate to remodel the inner structure. The thixotropy of the ink is crucial for producing high-quality screen printing effects. The ink is stirred up to make it liquefy, especially during squeegee, which is one of the processes. This effect helps speed up the ink’s flow through the mesh, and the ink that is separated by the mesh will be connected more quicker because of it. The ink returns to a static condition when the squeegee stops moving, and its viscosity quickly reaches the original needed data.

Finesse:
Mineral fillers and pigments are usually solid substances. Their particle size is less than 4/5 microns after fine grinding, and they create a homogenous fluid condition in solid form. Hence, it is essential to ensure that ink is fine.

Plasticity:
It indicates that even after being bent by an outside force, the ink has its original form. The ink’s flexibility aids in enhancing printing accuracy.

Fluidity:
It basically means how much the ink spreads when exposed to outside stress. The opposite of viscosity is fluidity, which is related to the ink’s plasticity and thixotropy. When the plasticity, thixotropy and fluidity are large, then the imprint is easy to spread. When the fluidity is poor, it’ll make the netting likely to appear and cause the ‘netting’, or as known as the ‘ink knotting phenomenon’.

Viscoelastic:
It means the ink on the squeegee blade, the shear fracture of the ink led to an immediate rebound performance. Ink must have a high rate of deformation, rebound speedily, and be suitable for printing.

Dry:
It required the needed ink slowly dried on the screen, but when the ink is moved to the substrate, it need to be ASAP.

Fineness:
PCB ink’s dyes and solid substance’s particle size is typically less than 10 m; its diameter should be smaller than the third-finest mesh opening.

Transparency and Opacity:
For PCB ink, different demands were made depending on the application and needs for transparency and opacity inks.
Line ink, PCB conductive ink, and ink characters should have a high level of hiding power. A more flexible solder resist is available.

Inks chemical resistance:
With various purposes, PCB has various needs and strict standards for the related acids, bases, salts, solvents and so on.

Resistance to the ink’s physical features:
PCB ink must meet a number of demanding electrical performance standards, as well as requirements for exterior scratch resistance, thermal stress, and mechanical stripping.

What is Carbon Ink PCB?

Carbon ink PCBs, also known as carbon conductive ink for PCB. A circuit board in which carbon ink is applied to copper pads, replacing some of the more typical solder plating techniques such as electroless nickel immersion gold (ENIG) or hot air solder levelling.
With the market’s needs for PCB board production costs having decreased frequently, carbon oil keys are starting to replace the pricey gold keys. As for the single and double PCBs, carbon oil board became a pretty popular surface finishing technique because of its environmentally friendly features. After a number of examinations such as aging tests, and other technical operations.It is proved that the PCB can function stably for a very long period. Carbon Ink PCBs excel in the use of rubber keypads, which are often seen in television remote controllers, garage door controllers, and other electronic devices that involves rubber keypads. In a standard conductive rubber keypad, the switch center is encircled by angled webbing. The webbing deforms and generates a tactile feedback when the switch is pressed. The webbing returns to its neutral state when the switch is no longer under pressure.
When manufacturing electrical switches, the carbon tactile key is used because a carbon pill is positioned at the base of the switch center. If you’ve ever disassembled (or damaged) a Television remote control, you might just have noticed that on the printed circuit boards, underneath each rubber button you pressed, there was a tiny round dot that could be easily pushed down. When the web is pushed, this carbon tactile key makes contact with the PCB; it’s an easy but relatively straightforward solution that is also long-lasting and economical.

The majority of PCB manufacturers have found that when using ink, the following guidelines must be followed:

There are still a couple of things that you should remember, The ink must be dried in a piece of equipment with a reliable exhaust system. And also, screen printing needs to be done in an environment that exceeds the technical requirements of the process in order to maintain operational conditions.

Common problems and countermeasures in the use of PCB ink.

If you don’t know which ink is needed for your current PCB application. You can send your Gerber files through our quotation page, we will provide the best suggestion according to your application conditions and PCB design. You will get high-quality PCB manufacturing services from JHDPCB, whether it is ink or other production links. JHD always strictly controls every production step. If you want to learn more about printed circuit boards, don’t forget to visit our other blogs for more interesting content about the PCB industry.

Get a PCB Quote Now 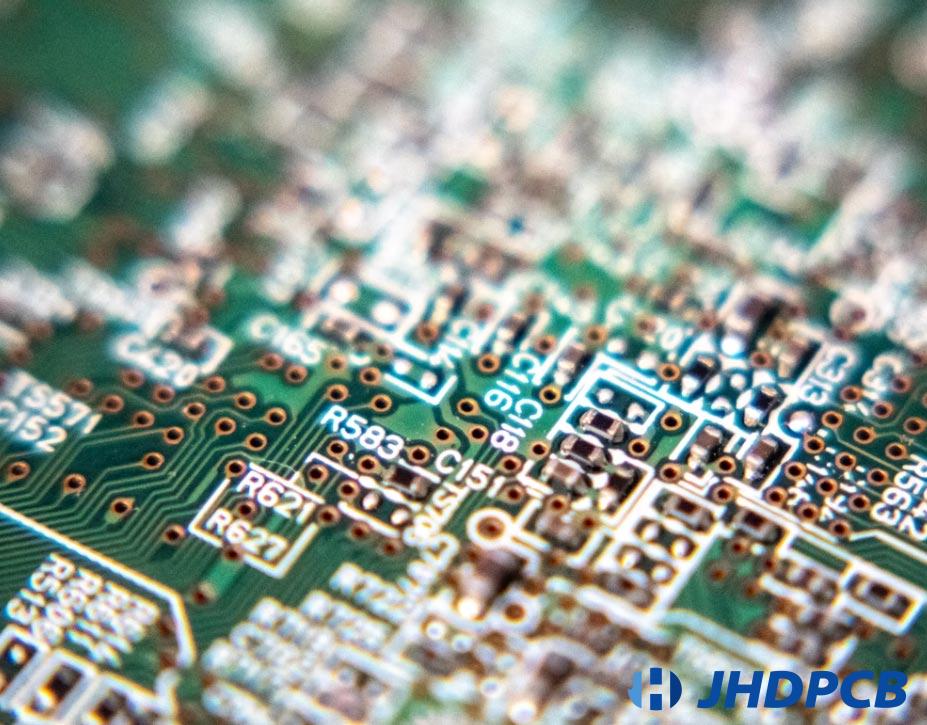 The Ultimate Guide to PCB Repair and Rework.

Founded in 2009, JHDPCB has more than 10 years of experience manufacturing full range of PCBs. From simple one or two layers PCBs to high complexity multi-layer PCBs. Low, medium or high volume – Whatever you need.Our goal is to be China’s TOP5 PCB manufacturer.We are committed to providing high-quality, industry-leading PCBs on time at competitive costs.You can rely on us to get the most cost-effective PCB by our expertise and large-scale production.